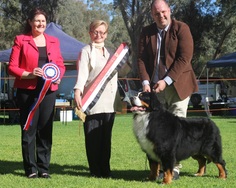 "JIMI"  has made us so proud again!

He then went on to win "Supreme Winner" when shown against the Best in Specialty Show Newfoundland and Pyrenean Mountain Dog.

Thank you so much to Maxine Carter for seeing the wonderful qualities of  our boy JIMI. 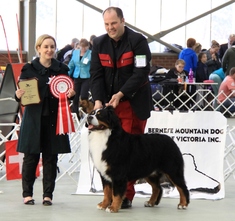 Thankyou to Specialist Judge Ms. Zoe Wall of 'Zaanz Bernese' in Victoria for awarding JIMI best Champion in Open Show and also for recognising JIMI's best attribute, his Stunning Masculine Head by awarding him "Best Bernese Head in Show' amongst a good number of quality competition.
Has been such a privilege to show such a wonderful dog. He is also my best friend and a beautiful dog to live with. 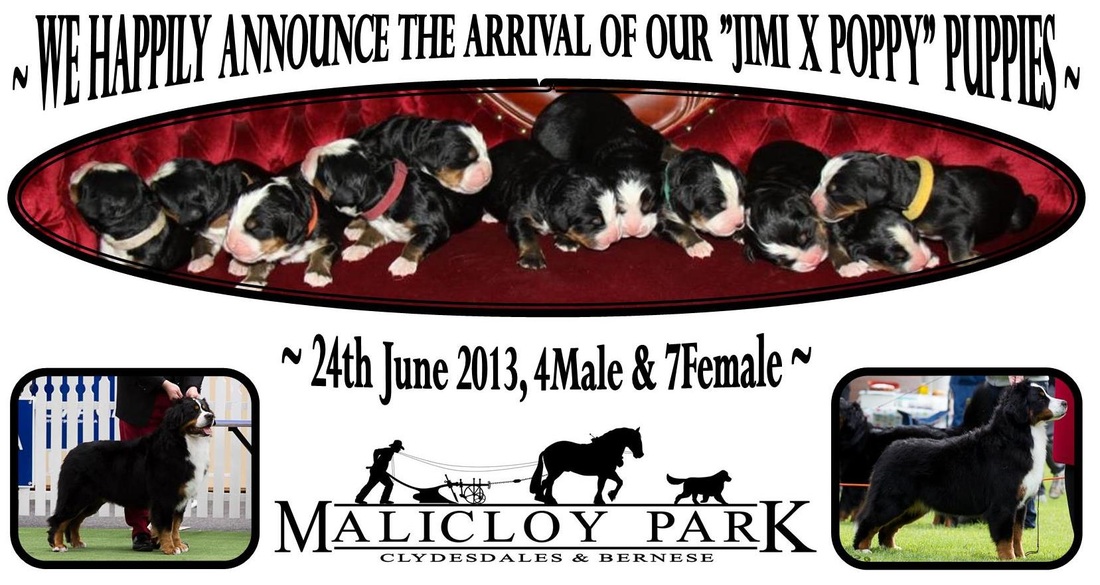 Thankyou to old and new friends for making my quick trip to the American Bernese National Specialty Show such a great one. Was great to sit down and just watch, take notes and see some really nice dogs. It was one of the largest entries ever for Bernese, at over 480 Bernese in the Conformation classes. I normally groom and show dogs but for a change I decided to sit and watch the entire show. What a pleasure it was. I got to see some magnificent Dogs and Bitches. Looking forward to next years show. The highlight of my trip was to see a Bitch called "Butterfree" who is 11 years young, and I mean young! She acted like a puppy and stole everyone's hearts. She won the "People's Choice award" at the "Top 20 Gala", and also won the Veteran Classes as well as winning an AOM (Award Of Merit) in the final honours amongst peers much younger than her. She is a one in a lifetime dog. Well done to Bobbi and Shery for campaigning such a wonderful girl and letting us all have the pleasure of seeing her.

Flying in to Denver, Colarado over the snow capped "Rocky Mountains" 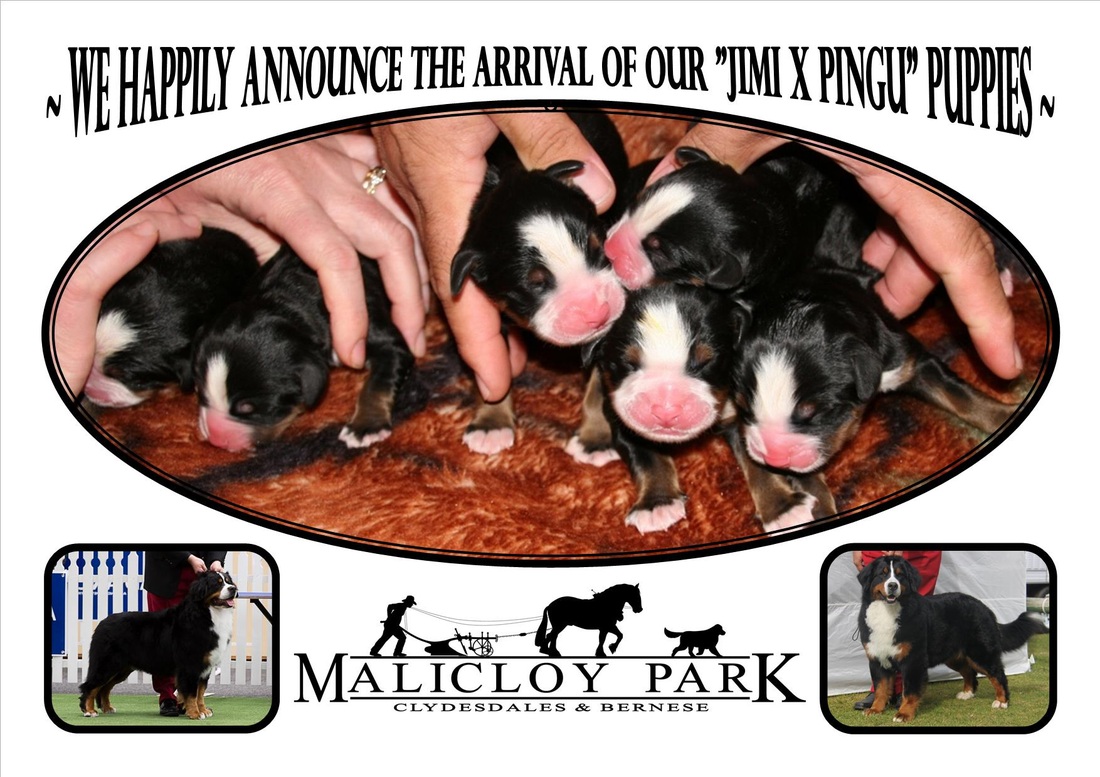 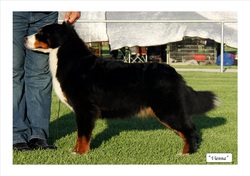 "Vienna" at 1 year old.
"VIENNA - Malicloy Edelweiss" @ 1 year old.
("MOJO" - Int/Am/Can/Aust/GBr/Ire Ch. Ebnets Mojo X "PINGU" -Aust Ch Malicloy Against All Odds)
Proud of our girl Vienna at her first weekend of showing at only 1 year old. She came away with 1x Bitch Challenge & Runner up Best of Breed and 1x Reserve Bitch Challenge from a strong line-up of mature Bernese.
Great weekend for Malicloy winning 4 out of the 6 Challenge Certificates available. (2x Best of Breeds and "JIMI" gaining 38 points!) Our first shows in 4 months!!

We received some outstanding news today..... Poppy came back with scores of 0.22 & 0.24. This is a phenomenal result and put her in the >90% percentile, meaning she has hips that are better than 90% of Bernese that have been scored by this method. We are so happy! I don't know of any other Bernese with scores this good. If any one knows of one I would be excited to here about them..... 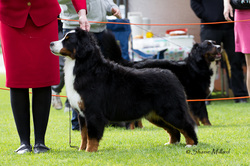 Great news was received today in the mail. Poppy had her Hips and Elbows Scored and received 0:0 Hips and 0:0 Elbows. A great result for sure. Can't wait to see what her PennHIP results come back as.....