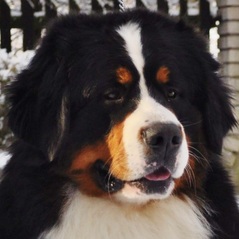 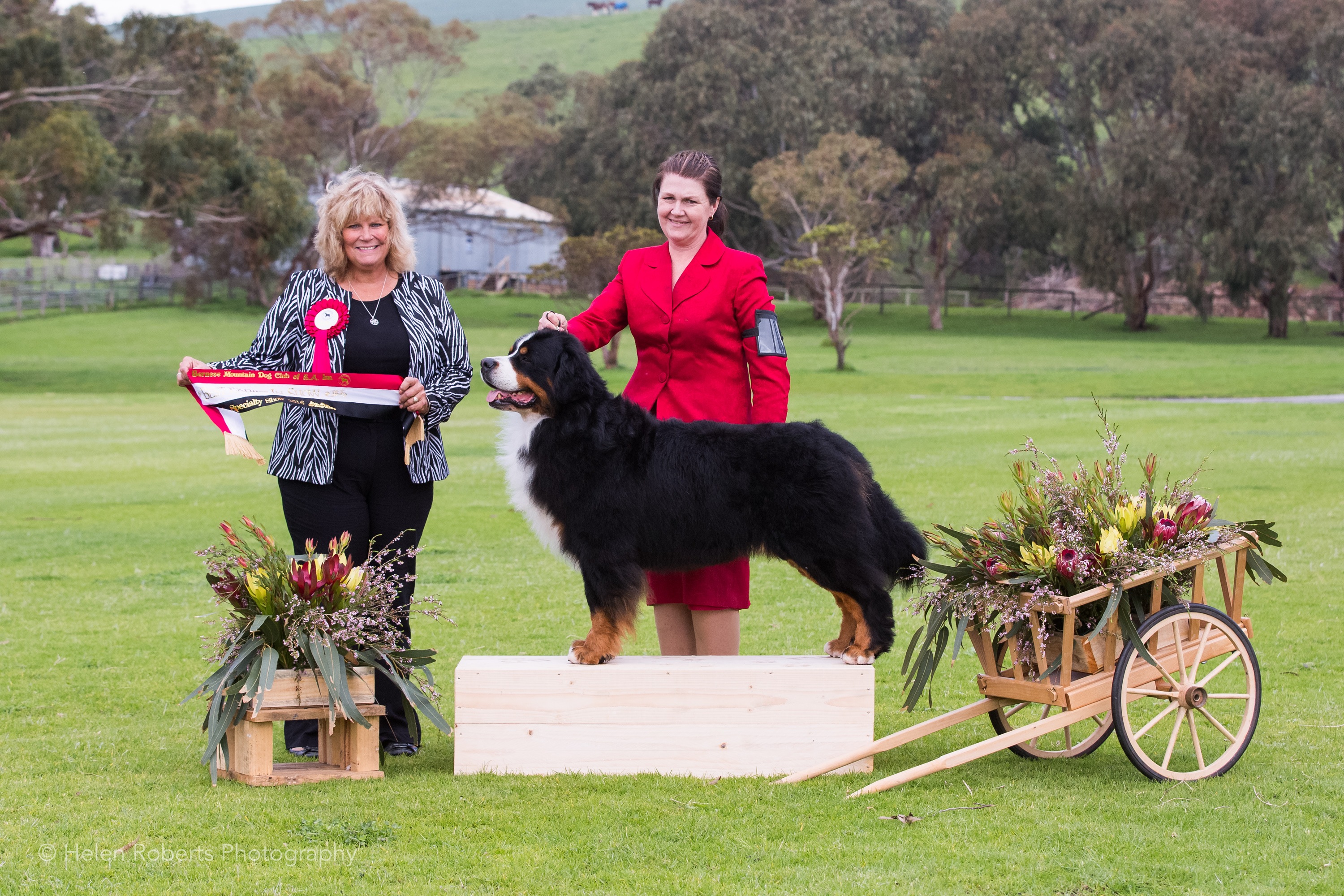 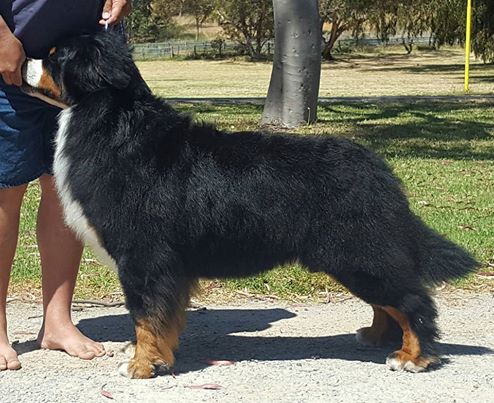 3rd December 2016 - RU to BEST EXHIBIT IN GROUP @ Welsh Corgi Club of SA All-Breeds Amenities Show under Judge: Mr R Surman (S.A) NB: This photo was taken just the morning of the Show with "lovely-legs" Ben in the background!! The pic of "Jimi" was too nice not to post !!! Lol :) 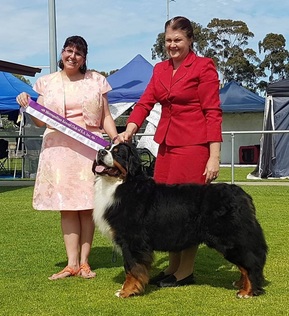 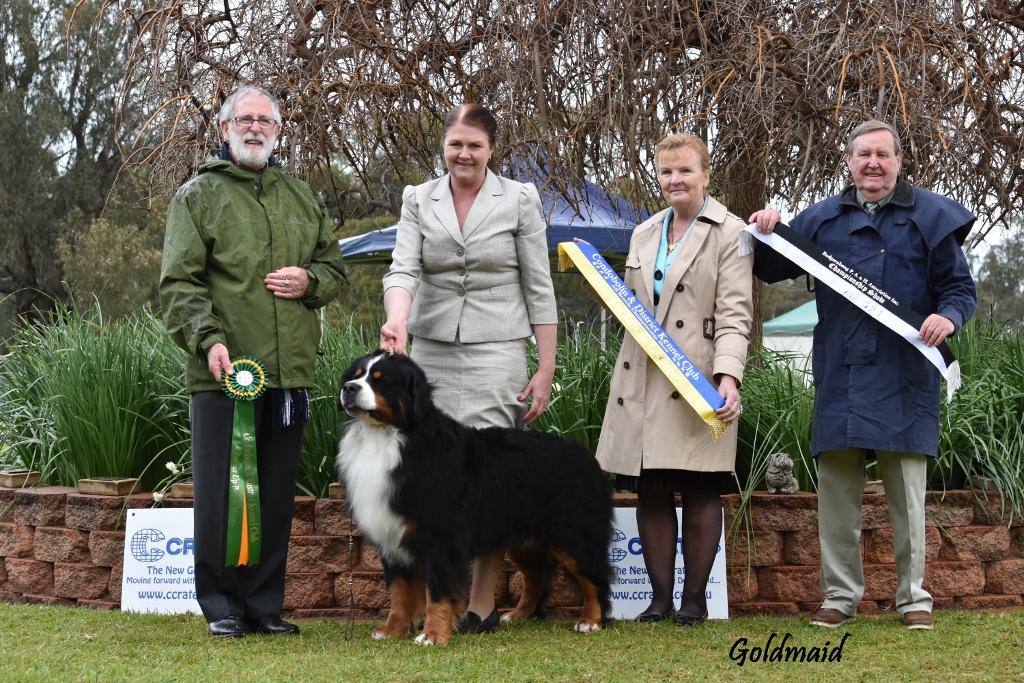 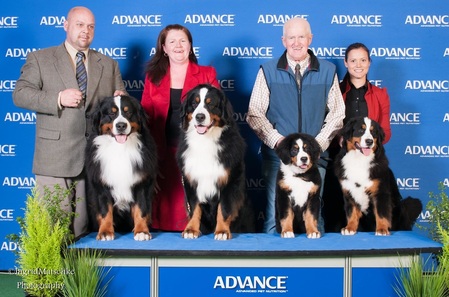 "JIMI"  has made us so proud again. He won Best in Show under Breeder/Specialist Judge Sandra Novocin of 'Santera' Bernese in the USA. Thankyou so much Sandra for recognising the quality of this boy.
Sandra said of JIMI.... "Beautiful boy. Has it all. Excellent type. Moves well front and rear."
JIMI also got his final points towards his Australian Championship title, and will now be known as 'Rom. GrCh POL/RUS/AUS Ch. JIM JUM z DEIKOWEJ DOLINY (Imp. POL)'
Thank you to Teresa for entrusting this wonderful representative of the breed to us in Australia! GO JIMI GO!! 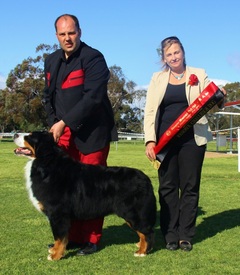 "JIMI" winning RDCC at the 2012 BMDCSA Specialty
‎"JIMI" has made us proud again at only his second show in Australia. He won Reserve Best Male Dog at the BMDCSA Bernese Specialty Champ Show under respected Breeder/Specialist Judge Maija Heinilä from Norway with an entry of 70 Bernese! 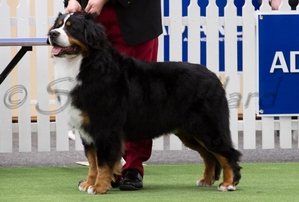 "JIMI" @ his first show in Australia
At Jimi's debut show in Australia with a record Bernese entry of 58 for Adelaide Royal, he wins "Best Male" Dog and Runner Up Best of Breed under International Judge Mr John Muldoon (Ireland). This Dog Challenge awarded JIMI 25 points towards his Australian Championship title (the maximum points attainable at any one show).  We are so proud of our boy and can't wait to see what the future brings...
JIMI arrived in Australia on the 3rd August 2012 and comes to us from our dearest friends in  Poland, Florian & Teresa Deik (of Deikowej Doliny Bernese).  We are eternally grateful for the trust they have shown us in allowing JIMI to come to Australia for a period of Two Years to be of use in our Breeding Program and have some fun in the show-ring along the way!

JIMI is the son of  IntCh.MłCh.Pl.Lat.Rus.RKF,SCG.Ch. Junona z Deikowej Doliny (POL) and  IntCh.Pl.Lit.Rus.RKF Ch. Michaudeville Thruman (CAN), both International and Multichampion Titled dogs.
JIMI is a result of the combination of these two great pedigrees that we feel  confident in breeding from...

JIMI  is a very "typey" medium sized, well boned and balanced boy.  He has a very pleasing head with a 'kind eye'  and fabulous confident, stable & sensible temperament as a Bernese should have.  "Strength" is mentioned in the Australian Bernese Breed Standard 9 times and JIMI emulates this quality perfectly:  He is a broad, deep-chested, well muscled, strong dog without compromising on his working heritage and his ability to do a 'days work'.  JIMI's movement is strong, powerful & purposeful.  He has beautiful front & rear angulation, lovely body proportions with a stunning headpiece and gorgeous expression...

Starting his Show Career late at 18 months of age, JIMI in a very short time gained his Polish, Russian and Romanian Titles as well as his Romanian Grand Championship Title.  At every outing JIMI has been graded 'Excellent' including the 2012 World Dog Show in Salzburg, Austria and also under the Finnish Bernese Breed Specialist - Satu YlaMononen.  He had many successes from the very beginning culminating in winning Best in Show 2nd the weekend before he left for his journey to Australia!
"We absolutely love 'JIMI' and we know you will, too!!" 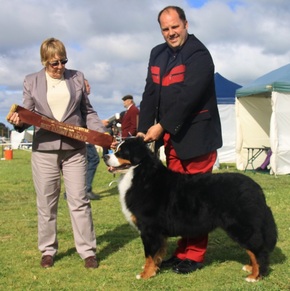 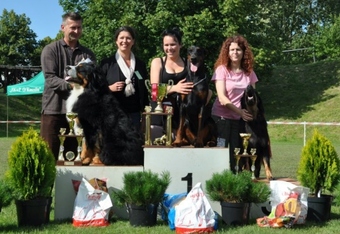